It’s been sixty years since the Dividing Fences Act 1953 (Qld) made it clear, once and for all, that a property owner was entitled to have a fence between him and his neighbour, and that he was entitled to have his neighbour pay for half. The Neighbourhood Disputes (Dividing Fences and Trees) Act 2011 has carried on in much the same vein, but still people seem to be missing one major point – notice must be given in advance. If not, reimbursement is merely optional.

Granted its poor form to simply tell one’s neighbour to shove their receipts for timber and nails, or the invoice from the local fencing guy. Most likely it will set up years of poor neighbourly relations. But in strict legal terms, if a neighbour doesn’t serve a Notice to Contribute to Fencing Work and get agreement from the neighbour as to the type, position and cost of the fence, no amount will be recoverable from the neighbour to pay for ‘their half’. In the absence of agreement a neighbour can take the matter to QCAT for a decision. 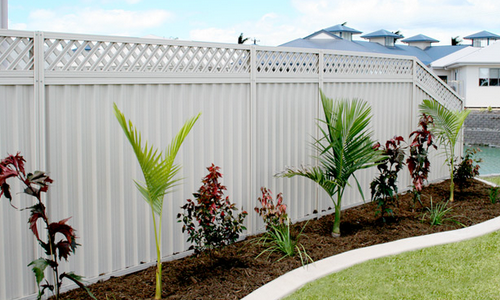 An interesting development with the new Act is the ability of neighbour’s who haven’t agreed about the fence to bring proceedings to have it removed or altered. All the more reason to use the Notice to Contribute process, even if you are happy to pay for the fence yourself. Usually people are pretty happy to receive one of these forms if it’s suggesting that they make a ‘contribution’ of zero!

This column contains legal information only. Legal advice should be sought in relation to individual circumstances.

Suncoast Community Legal Service is registered with the Australian Charities and Not-for-profits Commission as a public benevolent institution.

Information about Suncoast Community Legal Service is available on the ACNC Register at www.acnc.gov.au.

The Service also holds endorsement from the Australian Taxation Office as an income tax exempt charitable entity under Subdivision 50-B of the Income Tax Assessment Act 1997 (Cth).

We acknowledge the traditional owners of country throughout Australia and on the Sunshine Coast. We honour their continuing connection to land, sea and community. We pay our respects to elders past, present and emerging.

Photos from various sources including Unsplash.